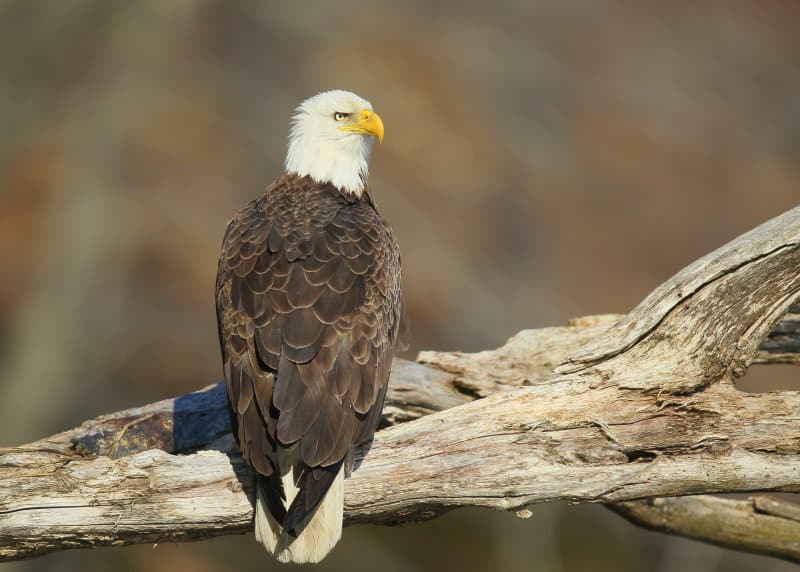 Long-time Friends of the Blue Hills member and avid birder, Larry Meyer, has been watching the eagles who neighbor the Blue Hills.

Since October 2014, a number of people (myself included) have been watching eagles that have been perching almost daily in trees along the Neponset River. Where they perch is a short distance from a public parking lot and small riverside park, called Milton Landing, hidden past the Milton Yacht Club in Milton Village. By birding standards, viewing them is ridiculously easy. It’s like a drive-in for eagle viewing; you don’t even have to get out of your car. Off in the distance is the traffic of the Southeast Expressway. The green line trolley rumbles by over to the left. And then there are the eagles.

While eagle sightings in greater Boston are rare, the presence of two eagles, plus an occasional immature eagle, is really intriguing as their habitation of this one area strongly suggests they were mating and nesting very nearby. I checked almost daily from mid-October until mid-January of 2015 and one or both was almost always there.

With the return of spring, the eagles returned too. However after about mid-June, it was only one eagle. This was explained only in December when I learned that in June one un-banded male had been found dead in Milton Cemetery, apparently killed by another eagle.

My hopes for nesting eagles rested with the possibility the remaining female would pair up with a new mate. The Sunday after Christmas two eagles were there! But one was the regular and the second was an immature.  On January 3rd the mature and immature were even perched together.

On January 6th, however, the second eagle was a mature, and perched with the female. The next day both were again present. On the 8th the immature also flew over while I was there watching the two matures. There have been many sightings of 1, 2, and 3 eagles together ever since.

There is sort of a loose project to locate where the eagles are nesting. Eagles mate and nest from mid-January to February, with eggs hatching mid to late March. So if this pair soon disappears, they are likely at the nest site, courting and nest maintaining. They nest in high pines. Tracking one or both to the top of a pine would indicate a possible nest site.

Photos by Craig Gibson.   Photo top left was taken in June 2015 and is likely to have been the male that was found dead in Milton Cemetery.  The eagle may have been killed by another eagle.