A win for the Blue Hills forests! 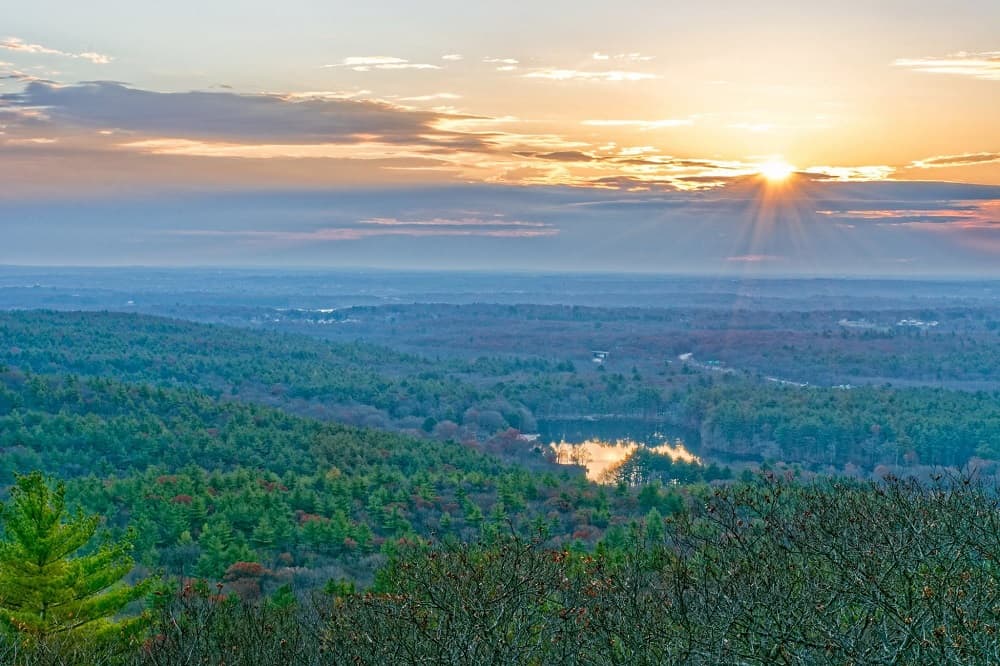 The world has drastically changed… but one thing remains constant: Friends of Blue Hills’ members and supporters are still protecting the amazing treasure that is the Blue Hills.

When we first heard that a Department of Transportation (MassDOT) project at the intersection of Route 24 and I-93 that would drastically change the lighting in color, intensity, and spread into the reservation, we were concerned about how the light would harm the southern part of the Blue Hills, which includes a state-designated Area of Critical Environmental Concern. We knew that the increased lighting would shine on sensitive habitats with animals, birds, and insects that depend on darkness to signal when to eat, sleep, hunt, migrate, and even when to reproduce.

The project not only would disrupt the fragile ecosystem in that area, but it would also increase the energy usage for the lighting at the intersection, which contradicts the state’s goal to decrease greenhouse gases that contribute to climate change. With a price tag of over $5 million, there were also clearly other more cost-effective, less environmentally disruptive lighting solutions.

When we consulted with experts, they confirmed our fears: the light would severely damage the Blue Hills forests. The excessive energy usage and project costs were also significant concerns. Their other advice was not encouraging. The project was several years along in the planning process, and the experts warned us, that the significant changes to project design that would need to happen to protect the Blue Hills ‘almost never happen.’

Even though the odds were against us, we knew that the only way to protect the Blue Hills is for people who care about the Blue Hills to act strategically to protect it. Thanks to Friends of the Blue Hills members, we partnered with three other environmental organizations to coordinate our testimony and develop a strategy in appearing before a video conference meeting of the Boston Region Metropolitan Planning Organization (MPO), which would decide the fate of the project.
Representing all visitors to the park who care about the health of the forests, we explained that the project would wreak damage on animals, birds, and insects that all depend on the Blue Hills.

We held our breath as the committee debated and asked questions.

As we waited for the vote, we thought about all that depended on the outcome. If this project were to go through, it would reinforce a dangerous standard for lighting in parkland and open space in the Commonwealth. Forests throughout the state would be even more vulnerable to light pollution.

When the chair announced the final vote, it took several seconds for the result to sink in. We won! With a vote of 13 to 8 against funding of the project, the MPO effectively voted to stop the project.

Thanks to Friends of the Blue Hills members, this sensitive habitat is protected for people – and its natural inhabitants.
Our heartfelt gratitude goes out to all our members and supporters. Thank you for caring for the Blue Hills and helping to make sure that it is protected.